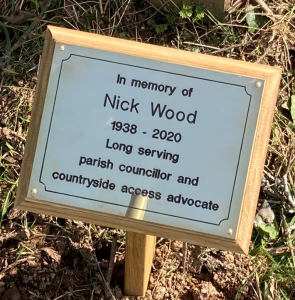 Nick Wood was born on Christmas Day 1938 in Woolton Village, a leafy suburb of South Liverpool. He was a happy and creative child and was proud to call John Lennon a close childhood friend, with tales of the two playing for hours on John’s grandmother’s piano.

From the age of 11, Nick attended the Liverpool Bluecoat School (‘Class of 1956’) and through his love of music later went on to study composition at the Royal Northern College of Music.

Nick’s first job was with the John Lewis Partnership, after which he took up his first role in the civil service, which set him on a lifelong career in local politics and community campaigning.

It was also during this time that Nick met his life partner, David Reece, a fellow Liverpudlian with whom he shared a love of music, culture and the outdoors.

Nick had always been socially minded, but his time in the civil service would see his interest and participation in grassroots politics grow. Nick was soon elected as a Liberal Party Councillor onto the Liverpool City and Merseyside County Councils.

It was Nick’s 1972 report to fellow city council leaders about the decaying condition of the Royal Albert Dock that triggered the movement to save the edifice from demolition. Through his work as chairman of the standing committee, the Albert Docks complex was eventually saved and restored, a project which would become the catalyst for the economic, social and cultural resurgence of Liverpool city centre, transforming the city into the thriving, world-class metropolis it is today.

In the 1980s, Nick and David relocated to Northwich in Cheshire, where Nick quickly established himself in local community work. Among his projects during this time, he became part of the successful campaign to restore the long-abandoned but celebrated Anderton Boat Lift.

For Nick, retiring to the South Devon coast had been a lifelong wish after spending many wonderful holidays in the area as a child and because of his great love of the outdoors.

In 1995, early retirement made it possible for Nick and David to make the move to Devon, with the South West Coast Path in particular being a major attraction in their decision to move to Stoke Fleming.

Even retirement could not abate Nick’s sense of civic duty. He soon became the local representative for the Liberal Democrats, a role that enabled him to continue his community campaign work.

His voluntary appointments were also many, and invariably focused on enriching people’s lives through safe and equal access to local natural amenities.

Nick was particularly passionate about his work on behalf of the Dart Area Landscape Access Group (DALAG), and felt strongly about improving safer routes, fresh air and leisure opportunities for the local community.

DALAG campaign to develop and promote safe public access to the countryside across Dartmouth, Stoke Fleming, Strete, Ditttersham and Kinsgwear by improving links between existing networks of local tracks, pathways and park areas and by increasing and rationalising walking, horse riding and cycling opportunities.

Successful DALAG projects include the Diamond Jubilee Way, the Jawbones Hill Beacon Park and Wood’s Way along the A379.

Wood’s Way was a long term project that took DALAG 9 years to complete. The path was named after Nick by the committee in recognition of his valued contribution to DALAG and his many other community-based achievements. It is a fitting tribute to a man who dedicated his life to community campaigning. 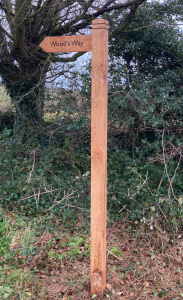 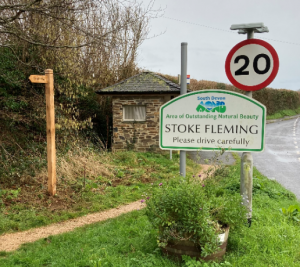